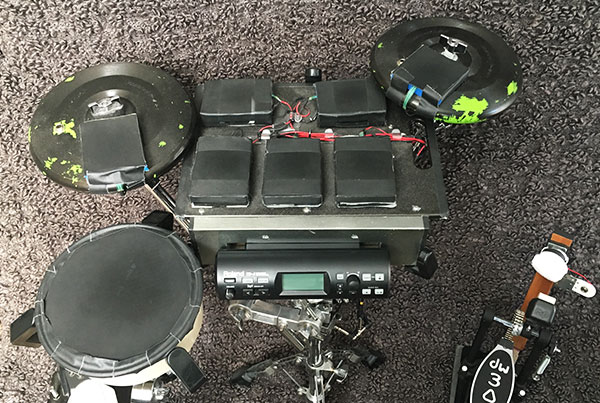 I’ve successfully developed a new e-drum pad that is inexpensive, versatile and replicates a great-feeling drum.

No more of the industry-leading rubber pads, which are surprisingly loud and uncomfortable to play. 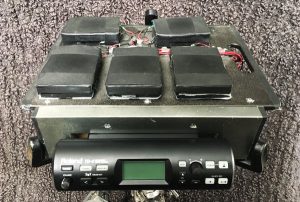 Drums have been an essential musical instrument since early humans stretched hides over hollow logs. Over the years, “skins” have been stretched over “shells” to produce acoustic drums, which were always referred to simply as “drums” until electronic drums (e-drums) were developed in the mid-2000s.

Anyone who has lived with a drummer knows that drums are not the quietest instrument when played. Musicians and parents of drummers rejoiced as e-drums provided a incredibly quiet solution to playing the drums. 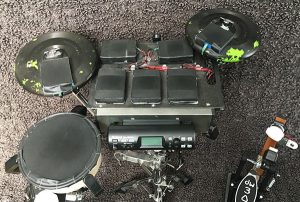 Based on MIDI (Musical Instrument Digital Interface), e-drums offer incredible utility to trigger a variety of sounds by striking e-drum pads. Drawbacks to this versatility are the expensive setup, often unrealistic feel and cross-talk — where striking one e-drum pad causes unwanted triggering of another pad.

While working with a number of famous drummers in Los Angeles, I regularly tried many types of traditional and emerging percussion technologies, whose companies provided the best-and-brightest drummers with the latest-and-greatest technology. 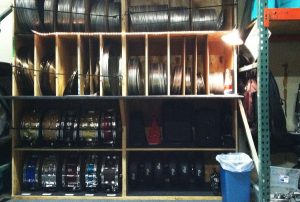 Only… a lot of the greatest drum technology wasn’t so great.

My pad is designed with multiple layers, which results in responsiveness with zero cross-talk, very little acoustic noise and minimal transmission of vibrations (through floors, etc.).

The top layer is an ultra-thin (3mm) mouse pad adhered to a middle layer of 1/2-inch foam-rubber “premium” yoga mat. This combination of layered foams provides the right mix of springiness and stick rebound, while offering protection to the electronic components placed inside.

The base layer is a unique product called Sorbothane, which is known for incredible vibration and sonic absorption qualities. Sorbothane was the most expensive individual piece for the pad construction, priced around $50 for one square foot of 1/4-inch material, which yields (12) pads at 3-inch by 4-inch. Sorbothane is one of the best and coolest products I have ever worked with. 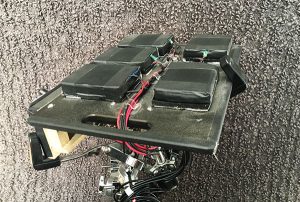 I experimented with adding a 1/4-inch MDF backing to each of the pads, but decided it was unnecessary once the pads were mounted on the kit, so the MDF backing was removed.

Eliminating cross-talk was a very difficult task — developing a pad that was both sensitive to strikes, but was not triggered by a strike to a neighboring pad took serious problem solving. 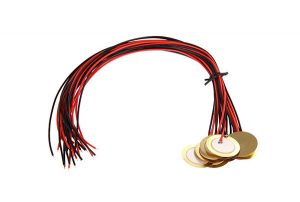 Ultimately, I chose 27mm contact-microphone transducers — also known as piezo pickups, which are often placed on acoustic guitars to pickup the body vibrations and amplify the guitar. The piezos worked amazingly well in the e-drum pad, but suffered from cross-talk until I had an engineering breakthrough: Force-Sensing Resistors (FSR). 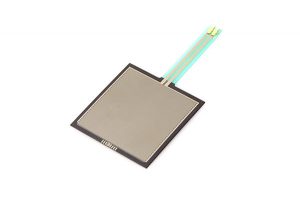 FSRs are a 2-inch by 2-inch, paper-thin plastic element with incredibly fine wiring embedded into the plastic film. There is a positive and negative contact point, where a signal is fed through the FSR. When at rest, the FSR will pass zero signal. When the FSR is flexed, a proportional amount of signal will pass through the circuit, where the resistance varies based on the force exerted on the FSR.

I soldered the corresponding ends of the piezo pickup to the FSR and again onto a 1/4-inch (mono) output jack of the e-drum pad. This circuit allows a drum strike to flex the FSR, trigger the piezo and send the signal to the MIDI processor before the FSR springs back to its normal shape, cutting the signal and eliminating cross-talk.

In the construction of the pad, the FSR is placed between the two layers of foam mentioned earlier. The piezo element is adhered to thin piece of aluminum (pie pan) cut to the size of the drum and placed between the yoga mat and Sorbothane. The aluminum piece ensures the piezo will trigger evenly from a strike anywhere on the pad.

Gaffer’s tape proved to be ideal for protecting and sealing the exterior of the pad, while permanent double-sided tape was used to adhere the layers internally. I experimented with super glue, gorilla glue, rubber cement, hot glue, contact cement, foam tape and velcro — all producing strange and sticky interactions with the Sorbothane, which should be avoided.

Once completed, here is the order of the layers within the pad:

This pad construction results in an e-drum that is responsive, eliminates cross-talk and feels great to play. Plus, it only costs about $10 per pad.

In Part Two, I’ll examine using multiple pads to build a fully operational e-drum kit, which can be used as a standalone setup, to trigger sounds on a computer or used with any midi-enabled device. 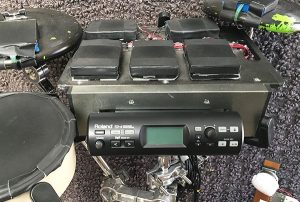